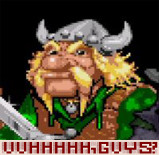 The [s4s] interface is an extension for 4chan's [s4s] board. It can be found at greasyfork and the development can be followed at github.

To use the interface, you'll need to install a userscript manager such as Greasemonkey or Tampermonkey

The interface was inspired by the following copypasta, which has been floating around [s4s] for years.

The problem is, OP, that you probably aren't seeing all the posts. If you are just viewing [s4s] through the /s4s/ board, you don't see the green posts, the posts with letters in their ids, or anything numberless. Together, those make up about 40-70 percent of [s4s], depending on the day. So conversation will appear disjointed and spastic, because you won't be getting the full picture.

I actually just flipped over to the /s4s/ interface to make this post, and it's pretty funny how unintelligible [s4s] is like this.

The interface was also inspired by an anonymous poster in the season finale thread for the second watch through of the first season of Doremi, hence the inclusion of the 'ojamajo' option.

This is Bunny. Copy and paste Bunny into your webpage to help him gain world domination.